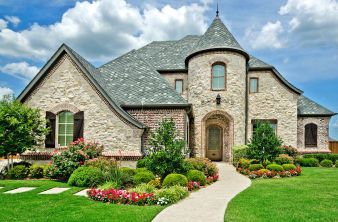 Recently rated the #1 place to live in the United States, Mckinney TX over the years has grown to become Collin Counties pride and joy. The Historical Downtown area, which centers around a town square, provides many dining, retail, and festive opportunities for residents. In addition, the city has just approved plans to start construction in 2014 for a new town center which will be located at Bloomdale and US-75 near the Collin County Court House. This new attraction will bring many more retail and fine dining opportunities to the area. Mckinney TX Real Estate has experienced significant growth in recent years. Homes for sale in Mckinney Texas are accelerating. Please look below for Mckinney homes for sale.

Gorgeous Modern Mediterranean Masterpiece w fabulous lake views is now being offered in the sought after Croatian Village of Adriatica. Built by the award winning George ...

THE ONE AND A HALF STORY BLANK CANVAS YOU HAVE BEEN LOOKING FOR!! NO HOA!! 3307 Brentwood offers highly sought after open floor plan, all bedrooms downstairs and private...

Great location on the west side of McKinney close to 121, 75 and all the conveniences of the Eldorado area with mature trees and wonderful landscaping. Also a short driv...

BUILDER UPGRADES & BONUS AREAS ALL THROUGHOUT THIS GORGEOUS HOME! If you have been looking for a quality built home that offers plenty of custom features, then look no fu...

Click the Virtual Tour link to view the 3D Matterport walkthrough. Step onto beautiful wood floors upon entry that lead to the adjacent formal dining room and living room...