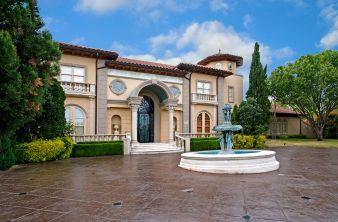 Frisco, Texas is located in Denton and Collin Counties, approximately 25 minutes north of Dallas and the Dallas/Fort Worth International Airport. Frisco is known for business with new corporations calling Frisco home each day.

Supported by strong infrastructure, exceptional leadership and quality commercial developments, Frisco has been recognized by Money Magazine as one of the top 100 places to live in the United States. This infrastructure supports an exceptional community and an extraordinary quality of life. Offering a strong economy through diversification, corporate vitality and quality of life, Frisco is proud to be known as a city with progress in motion.

Frisco, Texas is a city surpassing 145,000 residents, and thanks to affordable housing and a healthy local economy, Frisco was named one of the top places to relocate by Forbes.com in 2009. The Dallas-Fort Worth (DFW) area is rich in higher learning opportunities. DFW enrollment in both public and private four-year institutions is over 125,000. The DFW area is home to five community college districts, several of which offer multiple campuses, enrolling just under 135,000 students. Frisco is home to three satellite university campuses and the Collin College Preston Ridge campus.

Welcome to this beautiful home ready to move into with every surface freshly painted inside & out. Desirable floorplan with All bedrooms down plus bonus room up that incl...

Designed to Impress and Entertain, this Magnificent Home in Stonebriar Country Club Estates is Located on the 6th Green of The Fazio Course. Expertly Crafted Utilizing Q...

Living easy in this beautiful one story ranch, nestled in the heart of Hidden Cove of Frisco. Property has many updates to include engineered hardwood, all door knobs re...

Courtesy of Compass RE Texas, LLC

***Multiple offers received!*** Please submit best and final by 5 pm on Friday, Nov 27. Thank you! Rare gem of a home has the perfect location with beautiful, establishe...