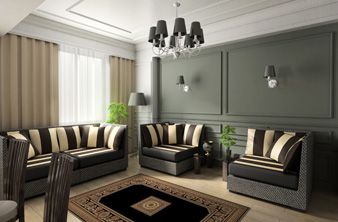 Fort Worth is the 16th-largest city in the United States and the fifth-largest city in the state of Texas.[7] The city is located in North Central Texas and covers nearly 350 square miles (910km2) in Tarrant, Denton, Parker, and Wise counties serving as the seat for Tarrant County. According to the 2014 census estimates, Fort Worth has a population of 812,238.[3] The city is the second-largest in the Dallas/FortWorth/Arlington metropolitan area. The city was established in 1849 as an Army outpost on a bluff overlooking the Trinity River.

Today Fort Worth still embraces its Western heritage and traditional architecture and design. USSFort Worth(LCS-3) is the first ship of the United States Navy named after the city. Fort Worth is home to the Van Cliburn International Piano Competition and several world-class museums. The Kimbell Art Museum, considered to have one of the best collections in Texas, is housed in what is widely regarded as one of Texas' foremost works of modern architecture designed by Louis Kahn and Renzo Piano. Also of note are the Modern Art Museum of Fort Worth and the Amon Carter Museum of American Art, the latter of which houses one of the most extensive collections of American art in the world, in a building designed by Philip Johnson. The city is also home to Texas Christian University, Texas Wesleyan University, University of North Texas Health Science Center, Texas A&M University School of Law, and many multinational corporations including Bell Helicopter, Lockheed Martin, American Airlines, Radio Shack, and others.

Popular Neighborhoods in Fort Worth

New Listings in Fort Worth

This is a lovely home located in a great neighborhood within Keller ISD. Home has a freshly painted exterior plus a recently built 10ftx28ft large covered patio. Owners r...

Cute 3 bed two bath home in popular Keller ISD! Great starter home with a large kitchen and open floor plan. Bring your ideas as this home is the perfect blank slate for ...

Welcome to this Immaculate newly updated home on a quiet Cul-de Sac Lot. New 30-year GAF shingle roof! New Granite in the open kitchen with 42-inch cabinets and lots of ...