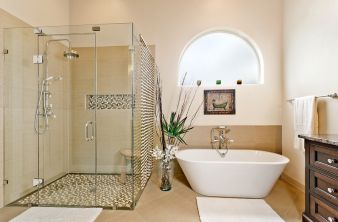 Denton is a city in the U.S. state  of Texas and the county seat of Denton County. As of the 2010 United States Census, its population was 113,383,[4] making it the 27th most populous city in Texas and the 11th-largest city in the Dallas–Fort Worth metroplex.

A Texas land grant led to the formation of Denton County in 1846, and the city was incorporated in 1866. Both were named after pioneer and Texas militia captain John B. Denton. The arrival of a railroad line in the city in 1881 spurred population, and the establishment of the University of North Texas in 1890 and Texas Woman's University in 1901 distinguished the city from neighboring regions. After the construction of Dallas/Fort Worth International Airport finished in 1974, the city saw more rapid growth; as of 2011, Denton was the seventh fastest-growing city with a population over 100,000 in the country.

Located on the north end of the Dallas–Fort Worth metroplex in North Texas on Interstate 35, Denton is known for its active music life; the North Texas State Fair and Rodeo, Denton Arts and Jazz Festival, and 35 Denton Music Festival attract over 300,000 people to the city each year. The city experiences hot, humid summers and relatively few extreme weather events. Its diverse citizenry is represented by a nonpartisan city council, and numerous county and state departments have offices in the city. With over 45,000 students enrolled at the two universities located within its city limits, Denton is often characterized as a college town. As a result of the universities' growth, educational services play a large role in the city's economy. Residents are served by the Denton County Transportation Authority, which provides commuter rail and bus service to the area.

Photos shortly. This beautifully updated 1911 home combines the grace and style of a turn of the century home with all the modern amenities. From the welcoming porches t...

Light, bright home has spacious family room with fireplace. Family room is open to formal dining room, and overlooks the large deck in the treed, landscaped back yard. Ki...

Welcome to this beautiful 4 bedroom, 3 bath home located in the highly sought after, Forest Meadow subdivision of Denton. Great location on an interior corner lot. Gorgeo...

This hidden gem has MANY features you're going to love! You'll find yourself near all of the amenities that Robson has to offer when you venture out of your beautiful new...